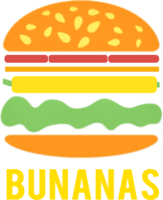 Project Management Metrics measure the progress with respect to the overall project timeline and scope. These include Task Metrics, Sprint Velocity, and Sprint Burndown. The use of these metrics enable to team to make better plans through the visible trends observed between past, present and forecasted data. This aids the team with maximising efficiency in the project.

The task metrics measure the number of planned tasks against the number of actual tasks completed. The secondary axis indicates the number of change managements logged in the given sprint, which affect the completion of tasks

Between Sprints 3-5, it was observed that the team was performing at a faster velocity than planned. Hence in Sprint 5, the plan for revising the project schedule was made, and this change was implemented in Sprint 6. Since Sprint 7, the team has been performing on task.

This change meant that more features were completed earlier, freeing up more time in the later sprints. Total score between Assigned v1 and Assigned v2 remain similar as of the cumulative score at Sprint 10.

In Sprint 10, there were changes made to the project schedule to accommodate for iOS development and production application operations. As such, there is a significant increase in the score from Sprint 10 onwards. These changes were added so as to improve the product's value, giving the necessary stakeholders crucial time with the application. In addition, these provided opportunities for the team to improve the data collection points to improve the usability of the application.

Sprints 3-6 in particular have more deviation from the ideal score of work output, which is also noted in the Sprint Velocity, thereby being corrected by the change in project scope brought up in Sprint 6.