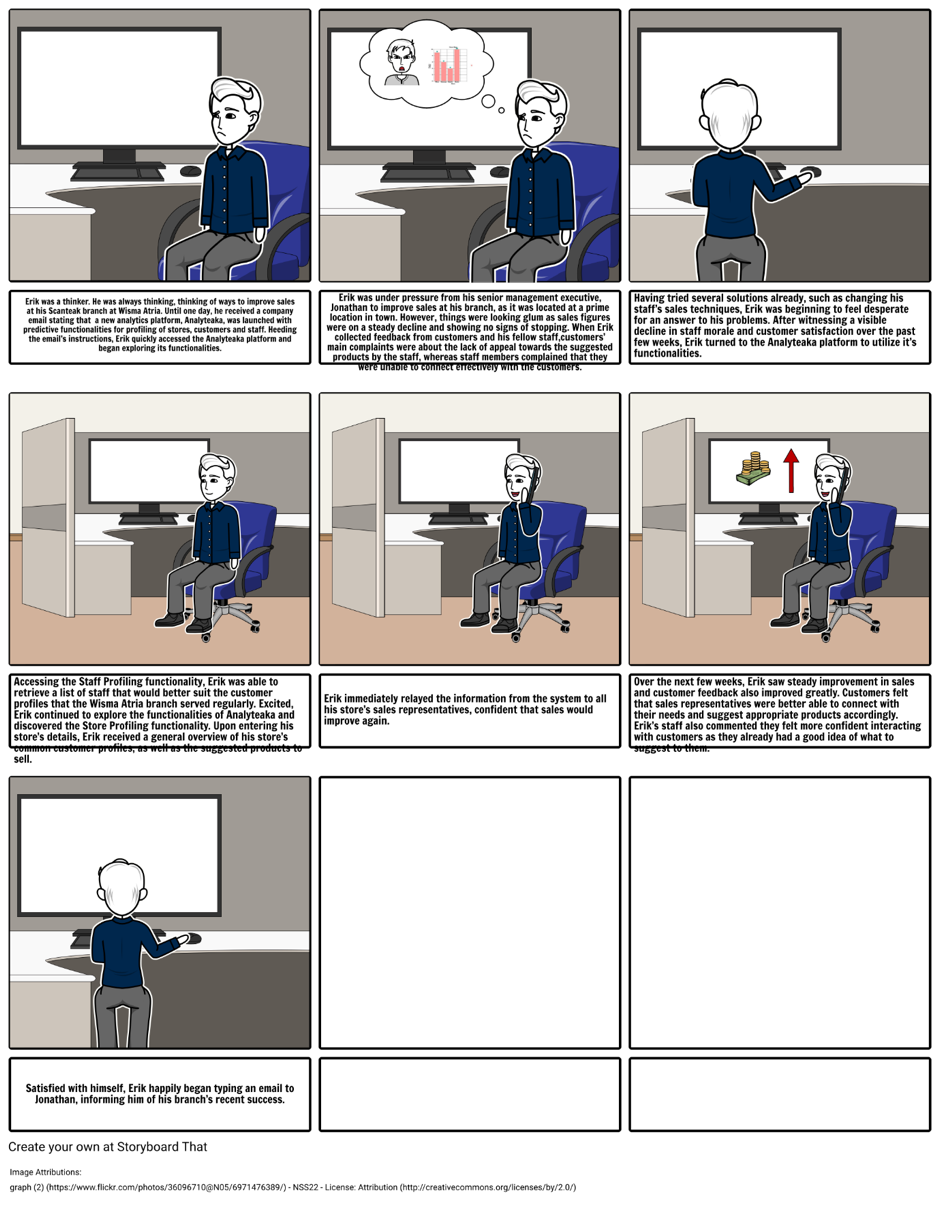 Erik was a thinker. He was always thinking, thinking of ways to improve sales at his Scanteak branch at Wisma Atria. Until one day, he received a company email stating that a new analytics platform, Analyteaka, was launched with predictive functionalities for profiling of stores, customers and staff. Heeding the email’s instructions, Erik quickly accessed the Analyteaka platform and began exploring its functionalities.

Erik was under pressure from his senior management executive, Jonathan to improve sales at his branch, as it was located at a prime location in town. However, things were looking glum as sales figures were on a steady decline and showing no signs of stopping. When Erik collected feedback from customers and his fellow staff, customers’ main complaints were about the lack of appeal towards the suggested products by the staff, whereas staff members complained that they were unable to connect effectively with the customers.

Having tried several solutions already, such as changing his staff’s sales techniques, Erik was beginning to feel desperate for an answer to his problems. After witnessing a visible decline in staff morale and customer satisfaction over the past few weeks, Erik turned to the Analyteaka platform to utilize it’s functionalities.

Erik immediately relayed the information from the system to all his store’s sales representatives, confident that sales would improve again. Over the next few weeks, Erik saw steady improvement in sales and customer feedback also improved greatly. Customers felt that sales representatives were better able to connect with their needs and suggest appropriate products accordingly. Erik’s staff also commented they felt more confident interacting with customers as they already had a good idea of what to suggest to them.

Satisfied with himself, Erik happily began typing an email to Jonathan, informing him of his branch’s recent success.