We decided to take some time to include an A/B testing into our project timeline because in the initial approach, we wanted to deliver a product that is functional and yet graphically pleasing to the users. However after receiving some feedback during UATs and externally, we questioned the UI/UX of our website and felt the need for certain validations of our UI. Therefore, with our initial design as Prototype A, we came up with simple screens to become our prototype B and tested the hypothesis of whether users of the Singapore Weiqi Association Tournament Website would prefer a more visually pleasing website or a simplistic website that is basic and functional. We conducted the A/B Testing through a web experiment done through Loop11, asking testers to complete 3 simple tasks with 3 evaluative questions. We got actual users to participate in our web experiment by generating the URLs of both Prototype A and Prototype B to be distributed by our sponsors to fellow Weiqi game organisers, judges and players. We had planned to leave the test open for 3 days (72 hours), however viewing the results after 2 days (48 hours). We decided to conclude the experiment prematurely as there was a clear cut winner between both prototypes. From the feedback we decided to go ahead with the change to the newer more simplistic design and thus began another round of UI/UX integration. 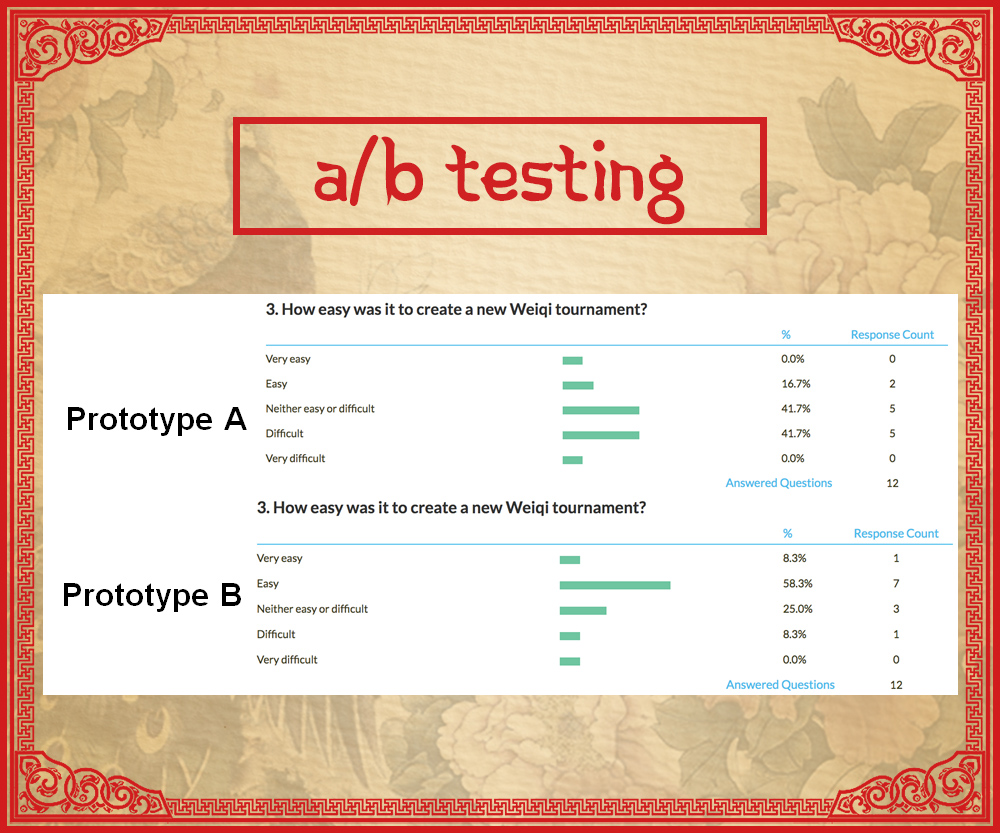 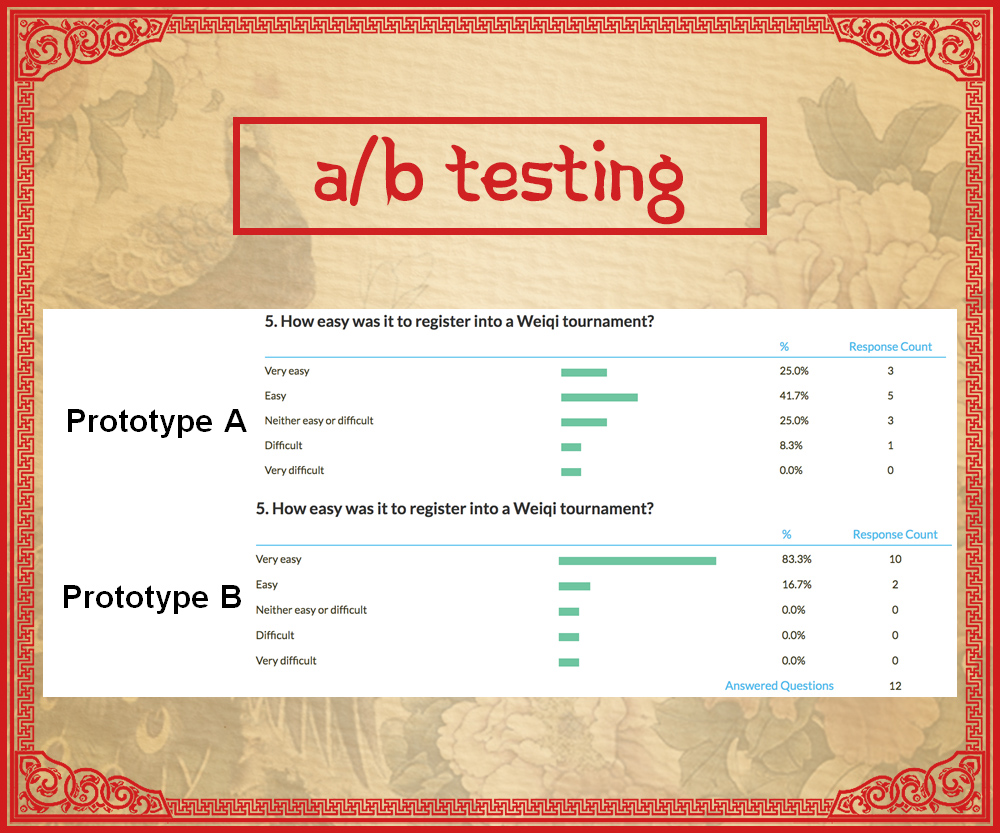