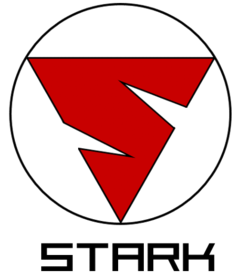 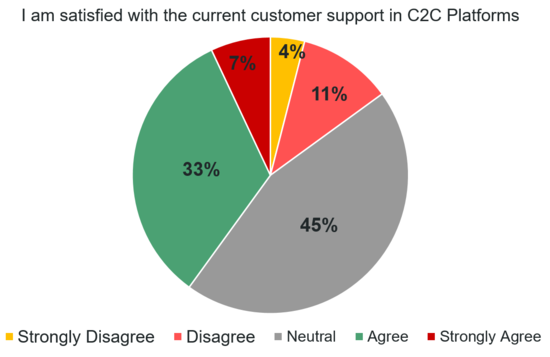 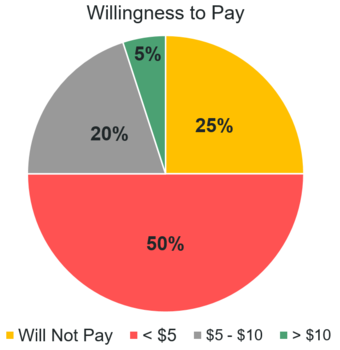 Based on an article by Channelnewsasia, the e-commerce market in Singapore is expected to be worth US$5.4 billion (S$7.46 billion) by 2025, according to a report by Temasek and Google released on Tuesday (May 24). There always new entrants and potential marketplaces that arise in Singapore, especially the likes of C2C (consumer to consumer). We aim to provide a complimentary service to these marketplaces by ensuring the execution of a transaction is safe and secure. 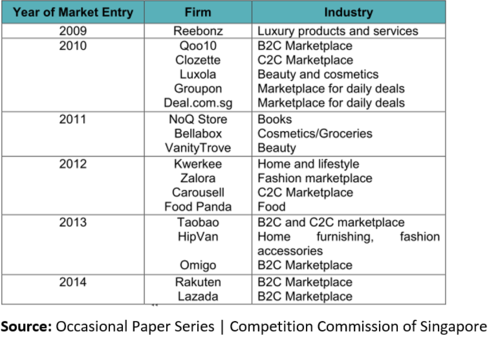 Despite the relatively low percentage that C2C constitutes of the e-commerce market space in Singapore, the potential for C2C to grow over the upcoming years is high as demonstrated in the figures below:

Globally the proportion of C2C in comparison to B2C is constantly increasing. 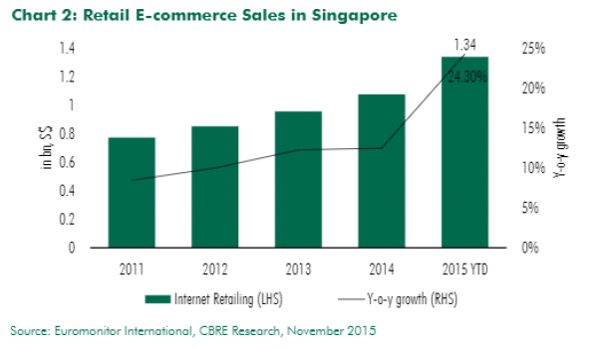 In Singapore, the outlook for C2C is positive and is expected to grow over the years in the context of e-commerce as a whole.

Dynamics of C2C vs B2C in Singapore 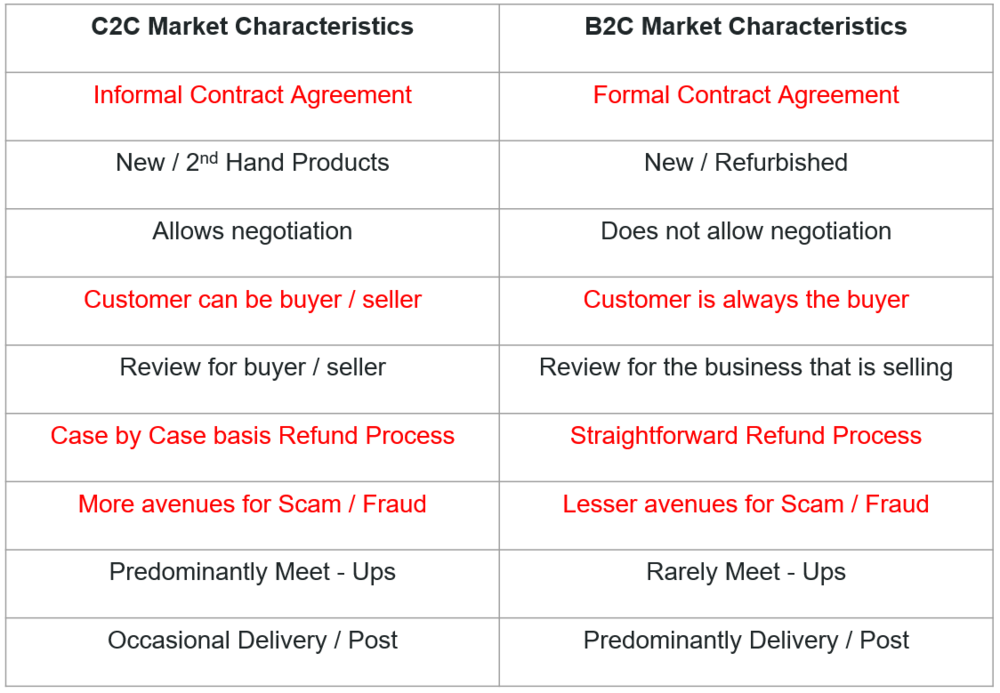 The convenience and ease that comes with marketplace applications such as Carousell, Shopee and even the likes of forums, opens up more channels for trade. However, these channels also serve as a medium for malicious users to prey on unsuspecting and naïve users. Cases of scams and frauds have reached a norm, whereby which it is inevitable that malicious users will continue to prey on users in marketplaces. Despite the efforts of customer support from the marketplace applications, the number of scams and frauds have yet to be reduced. Several platforms have been setup to help educate users to be more vigilant and careful of potential scammers such as scamalert, scams Singapore, SgForums and Hardwarezone. Reviews and ratings form the fundamental concept of buying and selling online. A large percentage of participants as shown above have responded that ratings and reviews play a primary role in their decision making during a purchase. As such reliable reviews and ratings are necessary to ensure that the marketplace constitutes of fair and safe trading. Valuation of products and the users who are buying and selling, plays a pivotal role in allowing both current and potential users to create an online trading ecosystem. 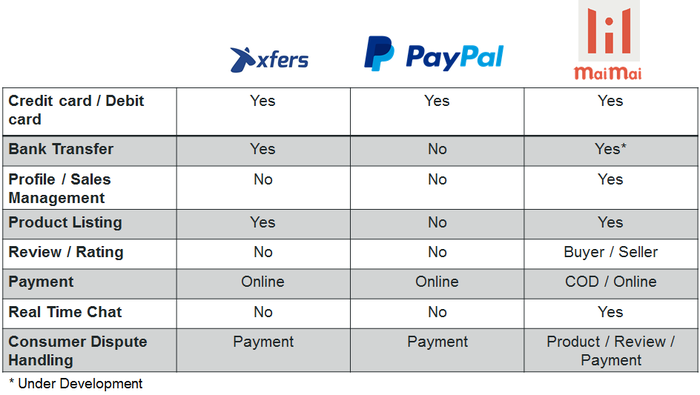 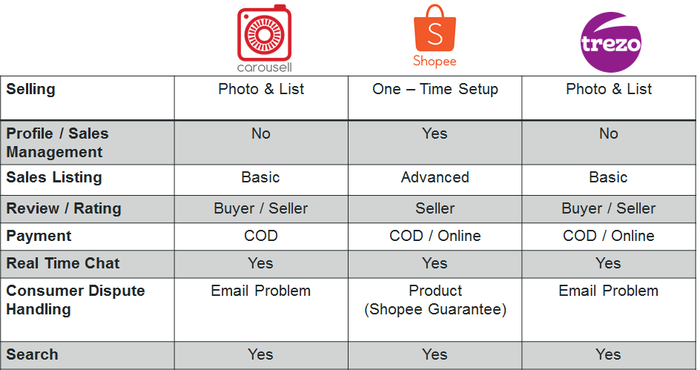 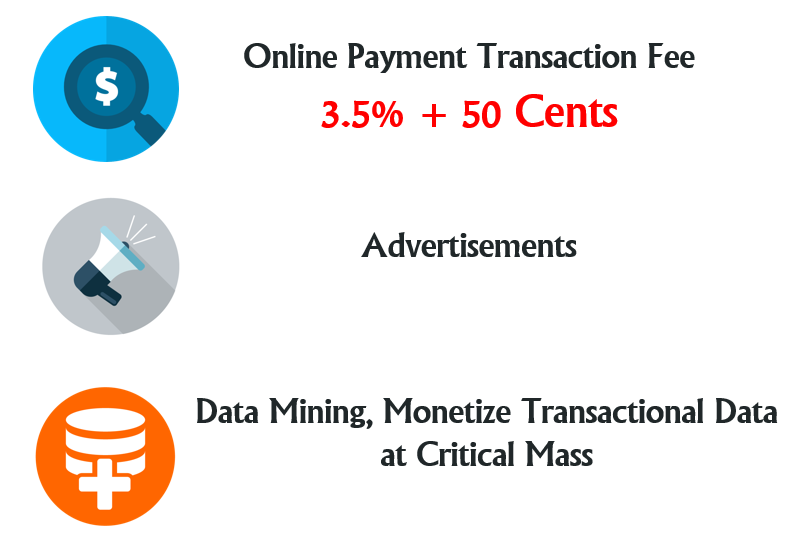