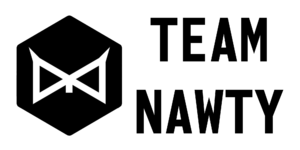 Our project scope has changed since midterm to accommodate the issues raised on privacy during our Midterm Presentation, and to bring more value to end-users. The main changes include: Our project schedule has also changed since midterm. Issues about privacy were raised during our Midterm Presentation. We have since included PDPA Compliance (Removing Email and Full Name fields & replacing profile picture to avatar) and User Profile II (Security Questions to replace Email) into our timeline. There has not been additional delays in our schedule. 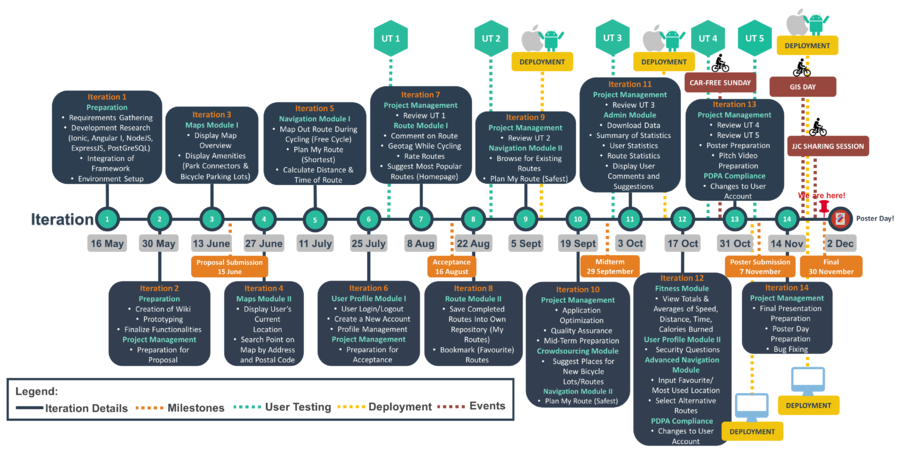 Routing Algorithm
We used the following extensions on the PostgreSQL database to manipulate and store geospatial data.

The data used for building the routing network stored in the database comes from OpenStreetMap.
We made use of Dijkrsta’s Algorithm for computing the shortest/safest path from 1 node to another. More information on how the Dijkrsta’s Algorithm actually works can be found here: https://www.youtube.com/watch?v=_lHSawdgXpI
By default, the routing function provided by pgRouting requires the start and end points to be nodes inside the routing network. These nodes are usually the intersections of roads. However, this is impractical as users may not be starting and ending on an intersection. Therefore we coded a custom procedural language structured query language (PL/SQL) that carries out pre-processing and post-processing to calculate the shortest/safest path from any starting and ending point.

Firstly, the closest lines from the user specified starting and ending locations are obtained.

Secondly, the point on the line with the shortest distance to the user specified starting and ending locations are obtained.

Thirdly, the start of the line, which corresponds to a node is obtained.

Depending on whether the user selects safest or shortest route, the Dijkrsta’s Algorithm provided by the PgRouting extension is invoked with the derived starting and ending nodes and the associated costs (depending on safest/shortest).

Since the routing algorithm returns multiple sets of routes, the code loops through each of the route and finds the initial line starting from the starting node.

Then, using the point on the line with the shortest distance to the user specified starting location, the segment before and after the point is obtained.

After which, the initial line is replaced by the segment that connects from the closest point on the closest line to the user’s specified location to the subsequent lines in the route.

This is repeated to find the segment on the last line in the route that connects to the point on the line closest to the user’s specified ending location.

The distance for each route is stored.

To provide a more accurate estimate of the time taken for the user to complete the route, the average speed for all the routes that the user has previously taken is determined and used in the calculation. If there is no historical average speed, a default value of 10km per hour is used instead.

Real-Time Updating of Routing Algorithm to Account for Traffic Situations
We want the routing algorithm to be updated real-time to account for any traffic situations such as road blocks, road works, traffic diversions, vehicle breakdowns. We made use of the traffic incident API provided by Datamall@MyTransport.sg to receive all the latest updates to the traffic situations.

Firstly, we set up the node-schedule package to schedule the sending of the HTTP request to the Datamall API at the 30th minute of every hour.

Secondly, we filtered out messages that are related to traffic situations on highways since highways are out of bounds to cyclists.

This is done through creating a custom function that screens through the message of each traffic report.

Thirdly, we check the database to see if the reports have already been incorporated into the routing algorithm.

We then insert the new traffic reports into the database and associate it with the nearest line in the routing network.

Following which, we find the rows where traffic situations have been resolved. We also delete rows where there is no line that is within 500m of the traffic incident coordinates. We also retrieved the records where the amendments to the routing algorithm has not been done.

Using the records retrieved that have not been incorporated into the routing algorithm, we multiply the length of the associated line by 1.1 for each record. For traffic reports that deal with road blocks, we set the cost to a negative number so that the routing algorithm will not route across that line.

For existing records in the database that are no longer relevant, we reverse the amendments made to the costs of the line.

Finally, we delete the outdated records in the database.

We made use of Json Web Tokens (JWT) to maintain the ‘logged-in’ status of the users.

When a user logs in with the valid credentials, we return a unique JWT token that users append to their subsequent requests. In this case, every request is screened for a valid JWT token.

We also verified the type of user depending on whether the user is a cyclist or admin to make the access to the data more secure. We excluded API endpoints that do not require verification of the user’s identity such as login, signup etc.

Since the verification of the source of the request is done through JWTs, we scaled our server to have 2 instances of it so that it is better able to hand concurrency and load. We also implemented a HAProxy (TCP/HTTP Proxy) for load balancing to reduce the response time of each request because of having to queue the request.

We configured the server to have a minimum of 2 instances up and running to be able to deal with unexpected surges in requests. For more information about our user testing, click below to read more:

Essential to every project - Communication. Communication between front end and back end developers, between project manager and developers, supervisor and client was extremely crucial to the success and progress of our project. Without communication, developers would not have been able to work together and the project manager would not know whether they were coping with the project requirements. During the few times when some team members were busy and didn't talk much, the project was unable to move forward. Especially in this project, we realised that communication was very important.


All in all, our team had a wonderful and enriching IS480 experience. We went through the whole product development cycle - from the research to the development of the application to the handover. It was a tiring 7 months, but we definitely learnt a lot.