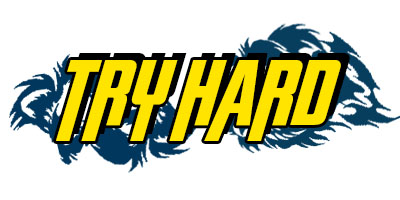 She was recently assigned the daunting task to plan and schedule all the students’ admission interview for the school’s faculty every year. As there are no current systems or applications in place to assist her in her task of scheduling the interviews, Sophia resorts to using the Microsoft Excel File and Google Form which she has been using for the past few years to tackle this gruelling task. She is particularly annoyed at this current method as she feels that the two technologies that she is so reliant on do not adequately assist her in her scheduling task. While Sophia can reuse the same Google Form which she had used the previous year, she recalls the struggles she faced scheduling interviews due to the plethora of ways in which the interviewers input their preferences. Another frustration which she has is that the task of interpreting and translating all the availability & preference responses into the final schedule which is particularly tedious and painful. She hopes that there can be a more effective and convenient way to tackle this scheduling task. Preferably,one that will handle the other issues which she encounters, such as the swapping of sessions and notification of changes made, which the scheduling task entails. That way she will be able to dedicate more time to dealing with the other administrative problems that are more crucial.

Professor Danil, 40 year old, is a full-time professor from the School of Information Systems, Singapore Management University. Prof. Danil has a very packed schedule, every week he has 5 classes, multiple consultation sessions with students, faculty meetings and research studying to do. Being an educator in the field of Information Systems, he is very particular about efficiency, and firmly believes that manual processes can be effectively replaced by the implementation of an IT solution.

He plays the role of the lead interviewer in the annual student admission interviews as he has many years of experience in being an interviewer for the faculty. His interview schedules are based on his response on his availability & preferences. In the past, he has been inconvenienced multiple times when he was plotted for an interview slot in which he has indicated that he was unavailable. After much pondering and prediction of how the current process is being done, he believes that the high amount of mistakes made in the schedule is due to the heavy reliance on human intervention during the scheduling of the interviewers. As a highly qualified IT professional, he hopes that the faculty he works in would embrace the use of technology to replace one of its most manual and tedious processes.

As the period for students admissions interviews draws closer, Sophia, the administrative executive has been tasked by the Dean’s Office to schedule the entire interview schedule for the upcoming intake year. However to do so, she requires information about the availability and preferences of all the interviewers.

As such, Sophia navigates to the ScheduleMyInterview application, which is a system that was made to assist her in the entire scheduling process. She enters her school email and password into the system. Once she has logged into the system, she selects the preparation phase of the interview scheduling which redirects her to the page where she can set the deadline for the interviewers to respond to the availability and preferences form. A notification which shows that she has set the interviewers response deadline is then displayed in the notification bar. Within the same page, Sophia is able to select the range of dates for interviews, to do this she selects the start and end date indicating the range of dates. This task is then followed by removing the dates where there are no interview sessions based on the dates that she has selected before. Once this is done, she then navigates to the next page where she is required to filter out the interviewers who are ineligible for scheduling, this is done by dragging and dropping the different icons with the interviewer’s names to the respective columns. After selecting the eligible interviewers, she is then required to add the necessary constraints for each interviewer. She clicks on the add constraint button which reveals to her 2 dropdown lists, one with the names of the lead interviewers for whom she can set a constraint, and another list of the non-lead interviewers that the lead interviewer cannot be scheduled with. When she is done, she selects save and next, and is then prompted by the application to notify all the eligible interviewers that the availability and preference gathering process has begun.

Prof. Danil, a lead interviewer, receives the notification email from the ScheduleMyInterview application. He follows the link and is brought to the ScheduleMyInterview application where the information of the current availability & preference phase is displayed. He logs into the system and is redirected to the availability and preference page, where he is able to indicate his availability & preferences and submit his response. He fills in his availability and preferences. He indicates his preference for each day of the week for the months selected, whether he prefers the morning or afternoon slot. Furthermore, he indicates the days that he is unavailable to conduct interviewes for the months indicated for interview.Once he is done, he confirms his response and returns back to his work.

In the Dean’s Office, Sophia is notified that Prof. Danil has updated his availability and preferences. She navigates to the view interviewer’s availability page where she is able to monitor and see the responses of the interviewers.

On the day of the deadline for responses, Sophia logs in to the ScheduleMyInterview application and checks the status of the responses. Upon seeing that all the interviewers have submitted their response, she then selects on the generation tab which leads her to the summary page where she’s shown the figures on the number of interview sessions she has arranged to have, interviewers she has chosen, the number of interviewer’s responses received and the number of constraints that she has set. After checking the numbers, she then selects on “Generate Schedule” to generate the admissions interview schedule. Sophia is then redirected to another page where she is presented with the generated schedule.

After Sophia has generated the schedule but has not disseminated it to the interviewers, Prof Danil reflected that he has made an error in his input during the availability and preference gathering process. As Sophia has already generated the schedule, she is required to just make changes only on Prof Danil’s interview timeslots and not regenerate the entire schedule. She navigates to ScheduleMyInterview and logs into the system, she selects on the adjustment phase which directs her to the generated schedule page. She selects on the filters where displays to her the criteria for filtering based on the following:

She then enters Prof Danil’s name into the name field of the filter. It narrows down the scheduled interviews down to only the interviews which Prof Danil is assigned to. She checks to confirm that Prof Danil is scheduled for an interview session on the date that he has indicated his unavailability. Sophia then clears the filter and proceeds to swap Prof Danil’s session with another interviewer. She selects on the interview slot which Prof Danil is unavailable to attend and the system automatically shows her the other timeslots which are possible to make the required swap. She then select one of the other possible interview session and make the swap. The system then indicates to her that the swap has been made by showing the change she made in the notification bar.

Changes to be Implemented