Out project management style and hence have made many changes over our 6 iterations so far.

The table below provides the links to our works and documentation:

Our web application for Blurp! is already deployed on a live server.

You can try out our Web Application as an event organizer here! 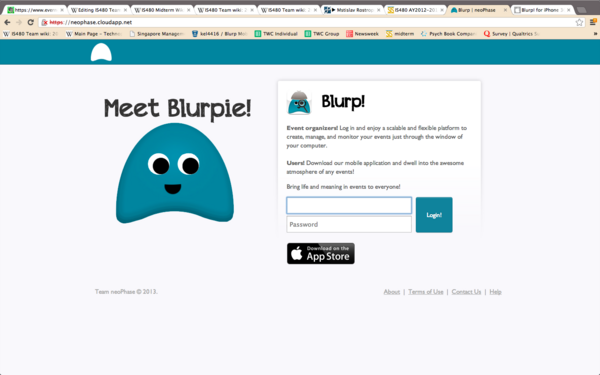 Also, our iPhone Mobile Application is also available to be downloaded from Apple AppStore here! 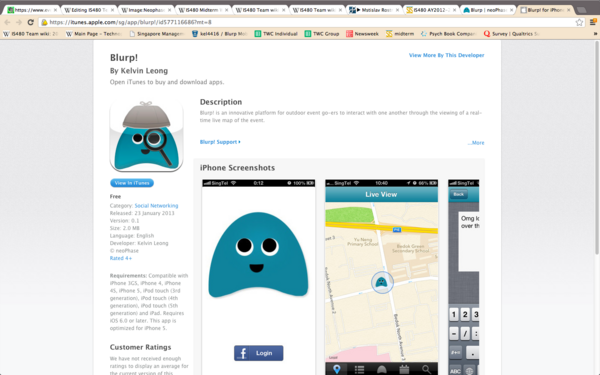 Before our midterm presentation, we have completed 3 User Tests in all. 1 was conducted for Web Application and 2 were conducted Mobile Application.

Click to view in detail for each User Testing, or Scroll down to see the Summary of Findings for all 6 User Tests.

Below describes a general summary of what was the main findings in each user testing, what were the changes made and some of the users' qualitative remarks.

For more details and results, online questionnaires that were used, view the Individual User Testing's links above.

We started out with the first version, with a maroon ribbon banner that is slightly off the top. The logo is then placed at the top. After several discussion, we felt that we could move the ribbon banner up to the top so that there could be more space for content below.

In our current version, we have placed a blurpie with moveable eyes, that will track the mouse cursor movement, just to add in the "fun" factor. On top of that, we added descriptions about what our application can do. We have also added a link to App Store, where users can navigate to the download page of itunes. 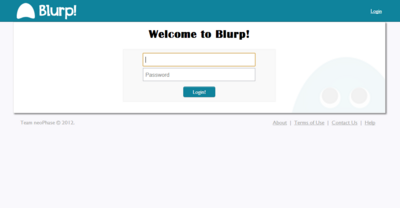 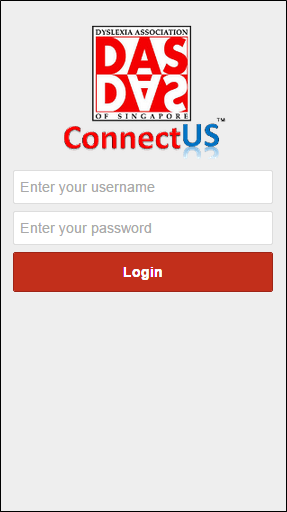 We started out in the first version, a "Create New Event" form with hints at the right side of the fields to guide users through this event creation process. In the second change, we have edited the hints such that it is more user-friendly. On our current version, we have included a step-by-step indication bubble on top (Step 1 - Step 3) so that users will be able to see which step they are at now while creating a new event. We have also added the upload image and preview feature. In the earlier version, users found it hard to figure out what to for this step. We have added a friendly hint under the Title to guide users through the drag-and-drop experience. They can now edit the landmark details and image straight from this view too. In the new version, organizers can now toggle between live map and blurp map to see event happenings. There is an "Activity Heatmap" added to this view as well, where organizers can trace the tracks of their users. The Statistics Button is removed from this view as all statistics will be collated in the Dashboard View. Previously, this view shows minimal statistics and do not contain much information. Now, this dashboard has comprehensive statistics and allow organizers to filter and select the data they want to see. Our first version for Search event was a list and has not much event details in it. On our second version, we created the tab view, for Search and Favourites event. We also have a event image thumbnail displayed. we implemented the Join and "Star" (Favourites) feature. In our second change, we have added a nice border for the event thumbnail, and we have changed the alignment of the event details. The colour of the buttons are also changed to match the overall theme. In our current version, users may click on the event or arrow to see more event details and event organizers' display picture will change dynamically. Our first version for Post A Blurp is really simple, but the button was hidden under the keyboard. Hence, we have decided to revamp the UI so that it is more user-friendly and sleeker. In the second version, we have added the extra navigation bar for mood meter selection, the 140 character counter and Facebook Share button. In our second change, Facebook share compartment is done, and upon selecting anywhere outside the Facebook Share black area will bring up the keyboard. The Action bar also tells the user which event he is currently in. In our current version, instead of having a drawer and allow users to check share, the icon will just turn blue when selected to indicate that it will be shared to facebook. 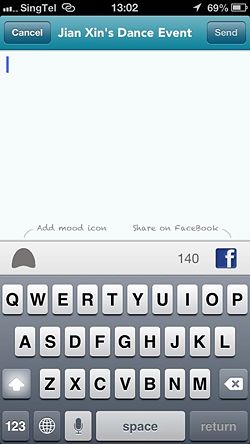 Our first version for Mood Emoticons, we did not have indications of what they represent for each mood. Users also feedback that the first two faces look too similar. Hence in our current version, we have text label to indicate to users the mood that they will be choosing and also the "Excited" emoticons have changed as well.