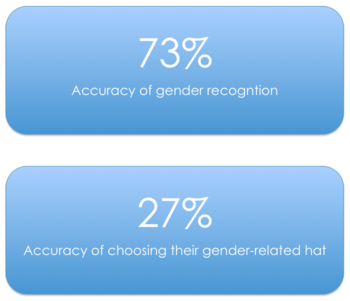 With this, we have decided to drop this functionality of using the hat-picking scene for unsupervised learning of Neural Network because the current way of using hats to verify the actual gender of shopper against the gender predicted from AlterSense is very inaccurate.


However the functionality of choosing hat will still be around to allow shopper to have an accessory to pose with for photo taking. 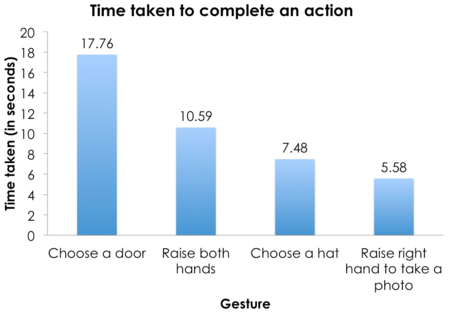 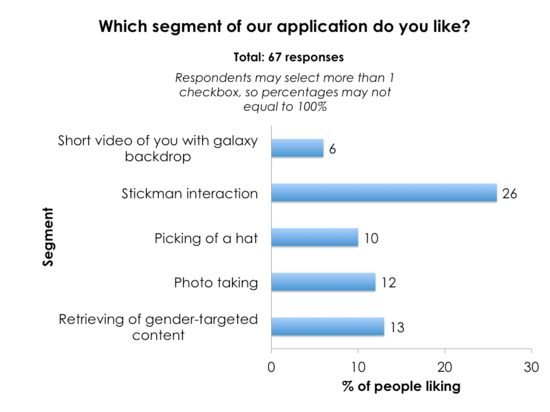 The stickman interaction is the most popular segment of our application. Many people were amazed and intrigued by the stickman imitating their actions. Some even stayed longer just to interact with the stickman. Note that both the 'like' and 'dislike' questions are not mandatory, hence shoppers could choose not to answer these two questions. 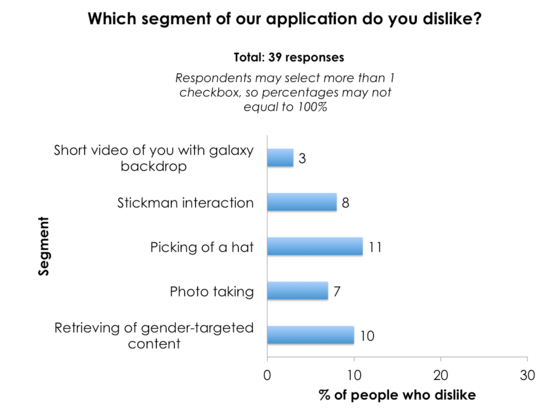 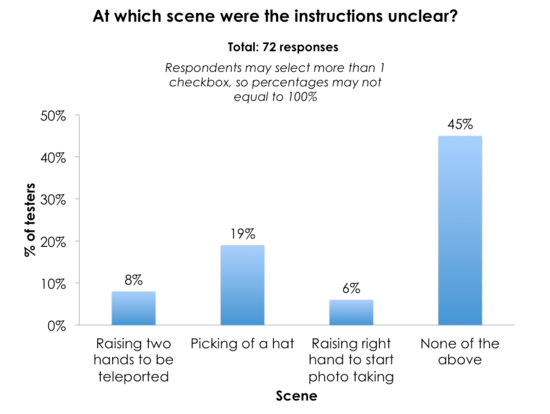 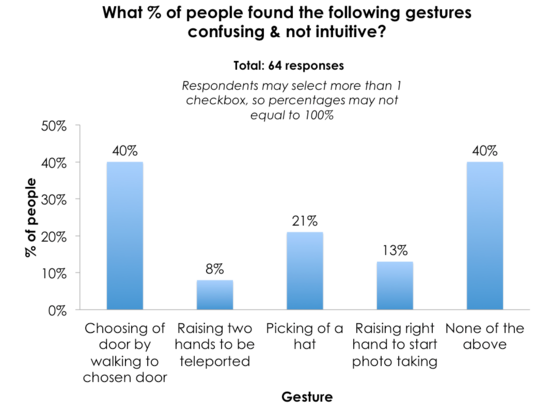 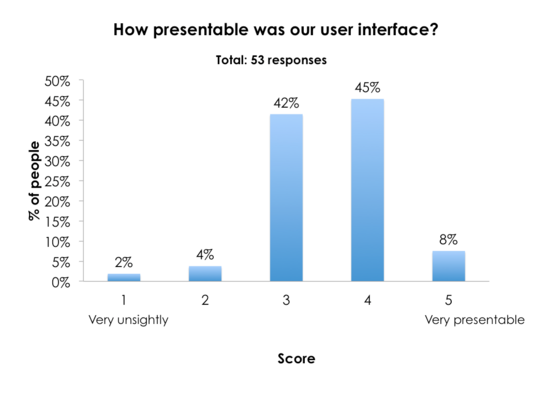 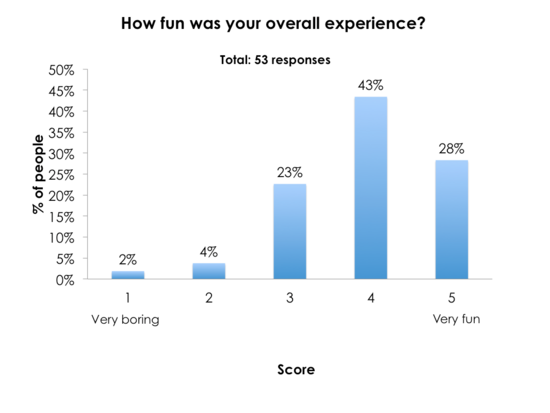