Since the Project Acceptance Presentation, below are some the key happenings for the project: 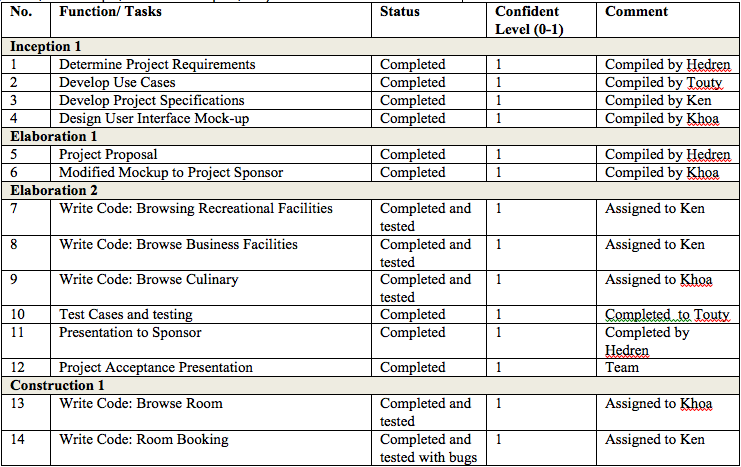 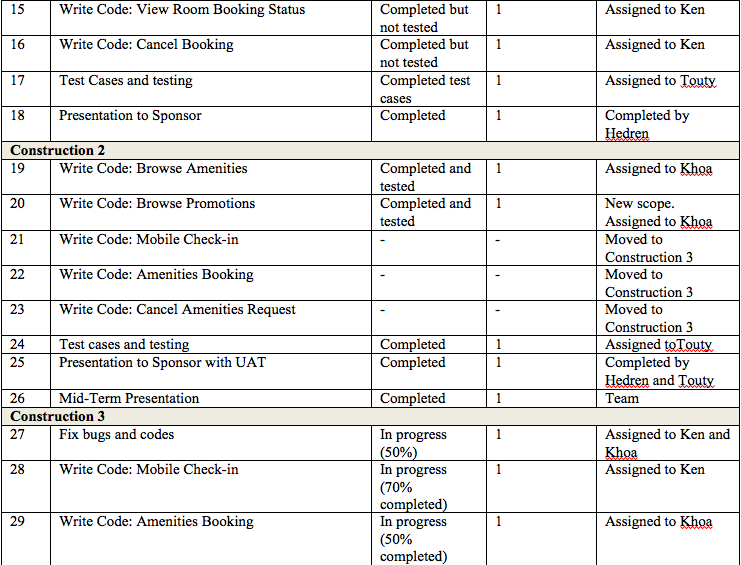 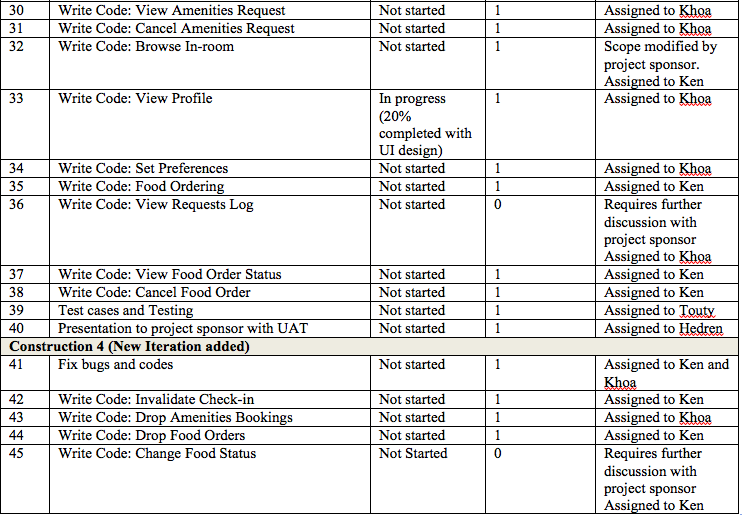 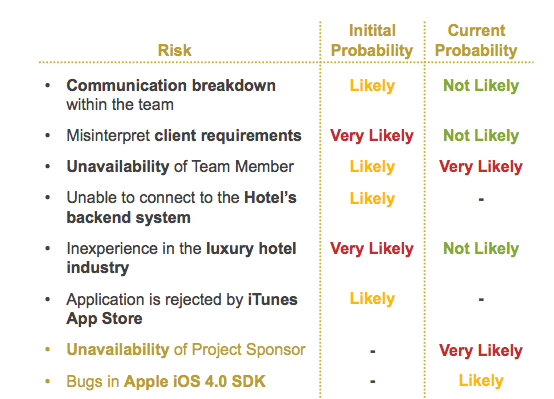 Version 1: Initially planned in an iPad

Version 3 Enhance look and feel of the overall design. Re-organisation of information

Functional testing is done at the end of each iteration, before the start of the next one. We have completed 3 internal testings.

Before the start of every meeting with our sponsor, we did a user testing with him to get his feedback at each stage of development.

We did one formal UAT testing with the project sponsor in week 6.

The application can be deployed in any iPhone, given that we have the device's UDID. We get the UDID of our sponsor's iPhone and sent him an ad-hoc built, so that he can use the app on his phone.

Firstly, the team has acquired substantial amount of industry knowledge from research and sharing from our Project Sponsor. The team has utilised the knowledge and in designing the User Interface for a mobile app catering to the needs of Pan Pacific Hotel. In the process, the team has also learnt about the various techniques and types of user interactions that can be used to improve user experience in using the mobile app.

Secondly, the team, especially Ken and Khoa, has managed to learn new techniques in programming using the iOS 4.0 SDK and Objective-C. They are also able to acquire what they have been exposed during the WDC Apple Conference that they attended prior the start of the FYP.

Finally, the team has been exposed to executing project management to a real client. The team learnt how important to “Under Promise and Over Deliver” to manage expectations of the project sponsor and team members. The team has also learnt how to handle various risks and managed to realise how it affects the project schedule.

“The first development are promising, clear in the design and concept. The completion of the project will change the way both hotel associates and clients receive and share information. It will also open the gate to a wider spectrum of possibilities. Keep up the good job!”