The aim of this test is to collect further feedback after significant changes have been made prior to UT#3 and the usability of the individual user functions.

Some pictures took during our User Testing 3! 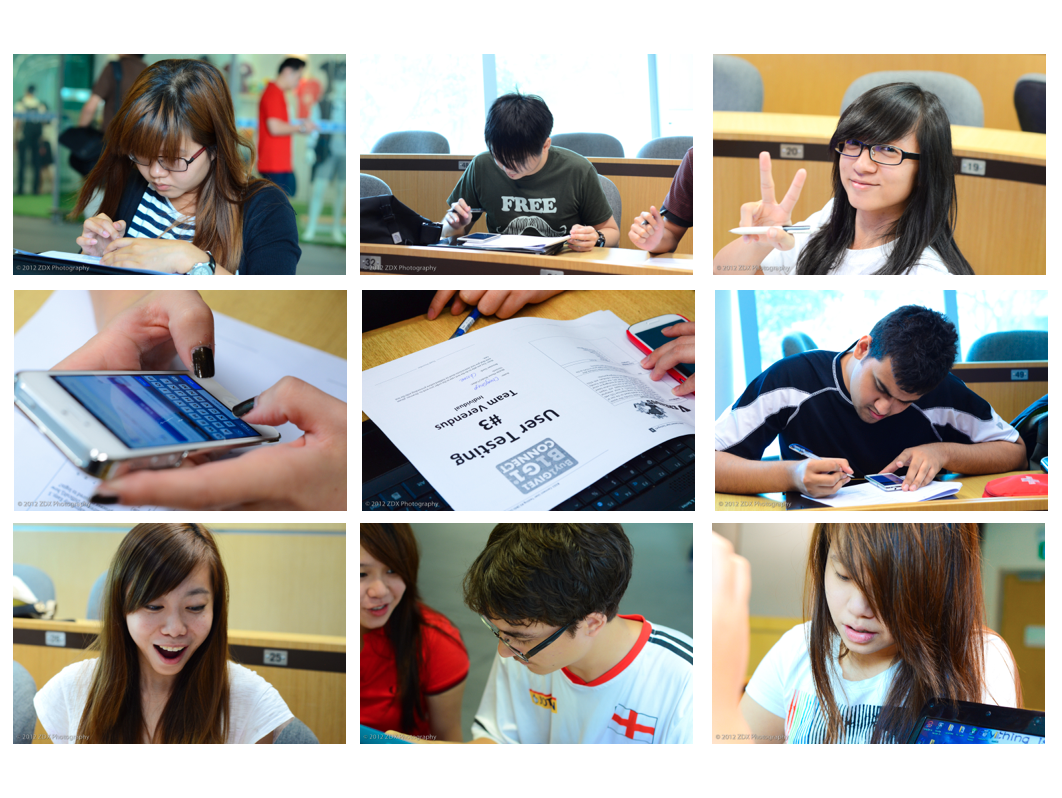 Overall Results:
According to the results, most users feel that our application is user friendly as the scores average out to be less than 3, which signifies that all the functions are easy to use. However, among all the functions, account management and locating business member from the map are areas which could be further improved.

Overall Result:
The analysis is similar to the above analysis since the functions between normal login and facebook login only has differences in the account management. Invite your facebook friends is rated as the most user unfriendly function because there was slow connection and many users were not able to be directed to facebook to invite their friends in.

Comments from our users

The following shows the comments/feedbacks provided by our users and the course of action our team had taken.

After deployment, our web application was tested by B1G1 Team. The following shows the comments/feedbacks provided by them and the course of action our team had taken.