Development progress:
Current Status: 98%
Just a 2% teeny bit to ensure the Wedding Planning user experience on Marry.SG is as great as it can get!

Marry.SG have been featured on Vulcan Post! Yay!
Read what they have to say about Marry.SG here:
https://vulcanpost.com/214721/marry-sg-singapore-online-wedding-planner/

98% completion with improvements done as gather feedback from real users

Main focus of the team after Midterms has been to market and promote Marry.SG to Singaporean couples and to try our best to ensure a smooth and pleasant experience for users on Marry.SG. 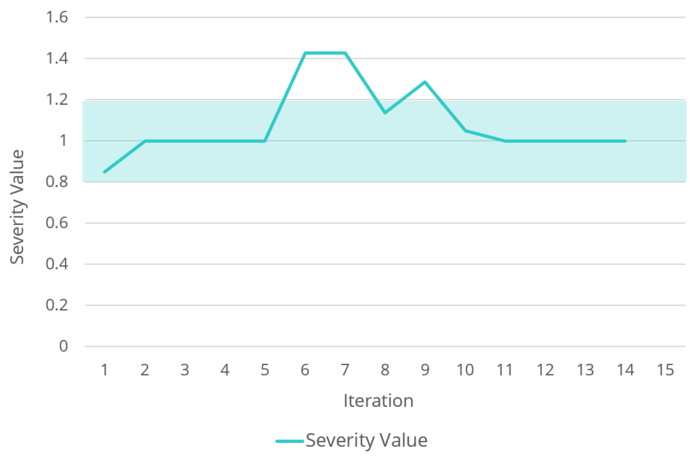 After Iteration 10 (Completed Iteration before Midterms), we have been able to be on target from Iteration 11 onwards.

There should be some evidence of work in progress.

Find out more below:
User Testing 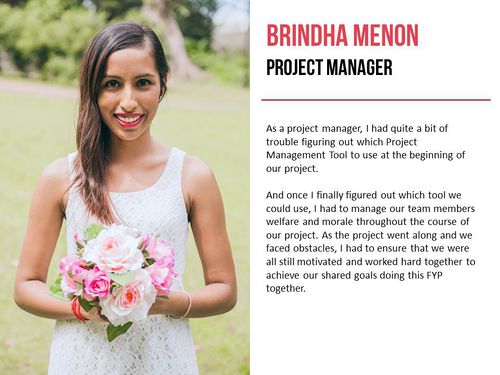 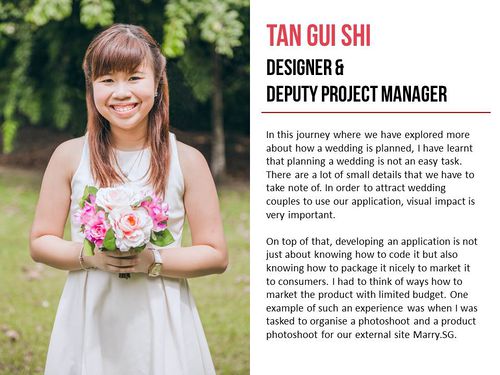 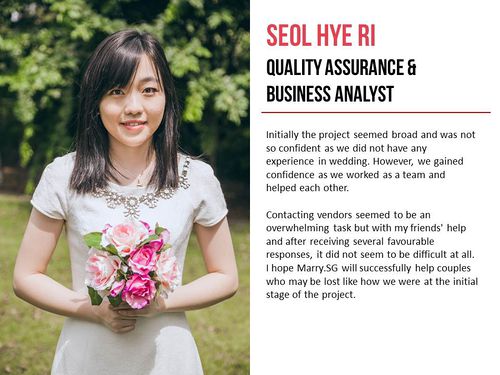 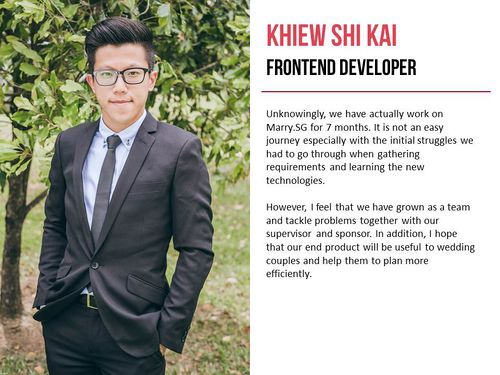 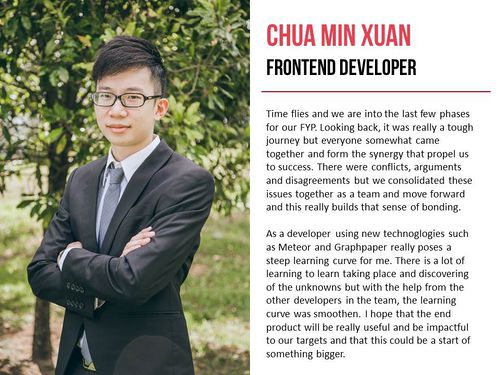 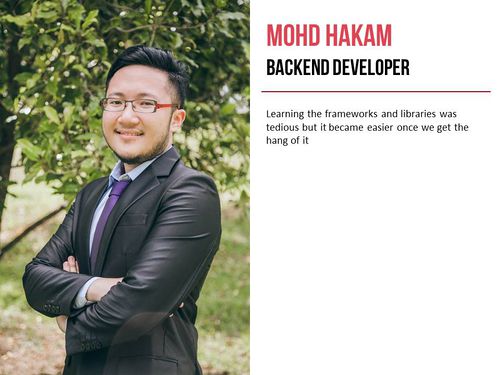