UT1 was conducted over a period of five days as some participants were not free and we can only conduct UT1 based on their available schedule.

The purpose of UT1 is to test the functionalities that are already coded out, and gather feedback on what the users think of the current user interface design.

For UT1, we managed to get a total of 10 users to help us with user testing.

We expect our system to be used by public users regardless of their age, so to that end, we tried to get users from every age group, as this will more accurately reflect the actual usage of the app.

The following is the breakdown of our UT1 user's age demographics: 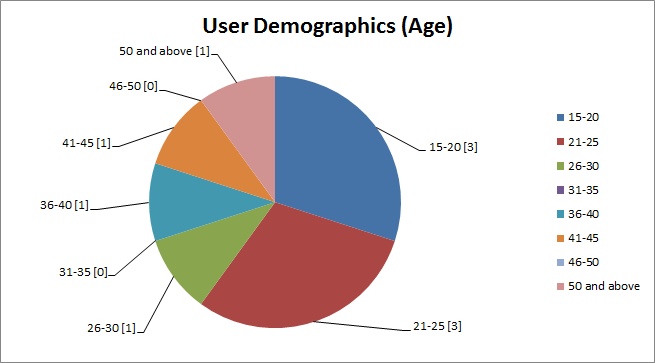 The functions tested out in UT 1 on iOS are:

The following is the top five feedback and comments given by our users after using our system. 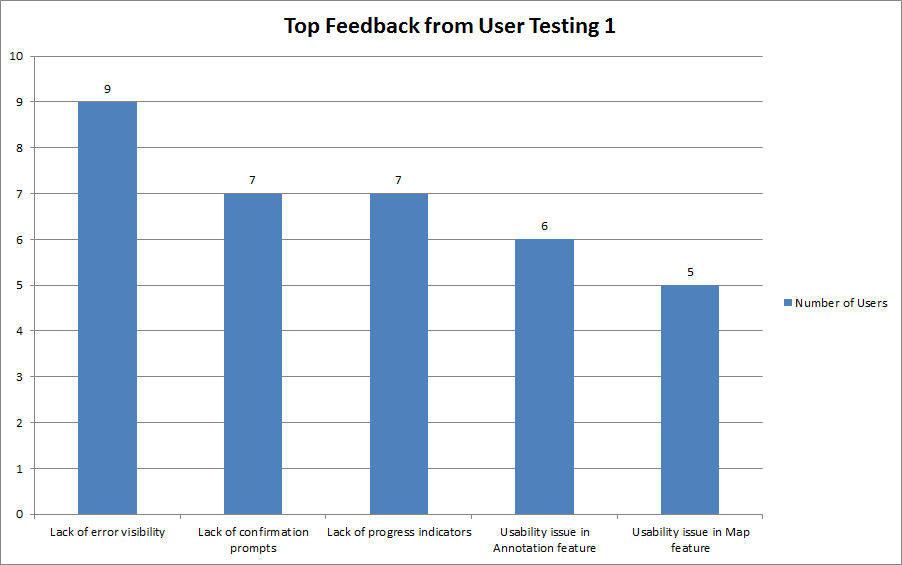 Based on the top feedback given, our team made changes to the system after discussing with our sponsor. 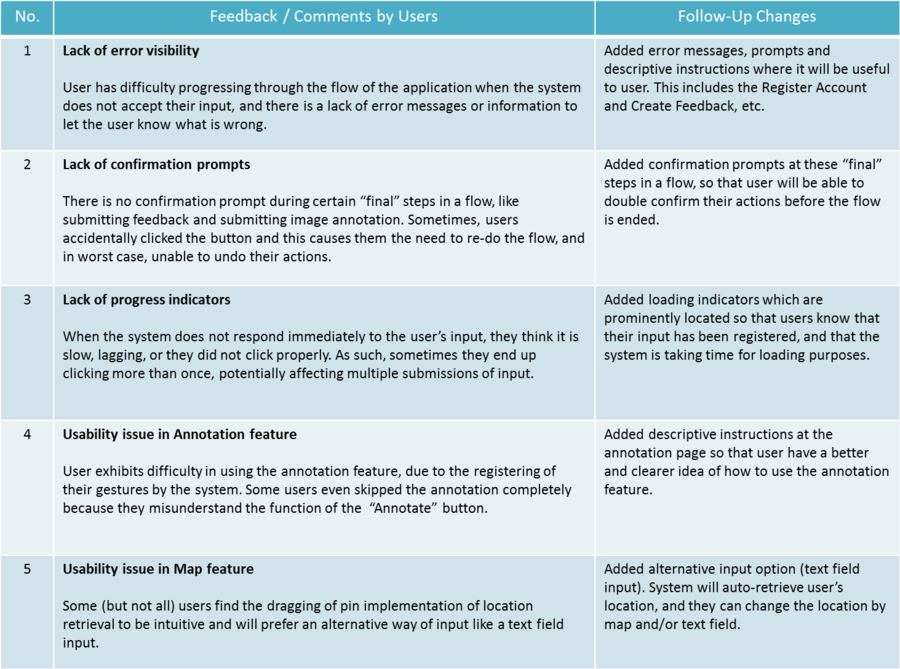 The rationale for the proposed date change is that after User Testing 1, we realized that it is very hard to get every user to come together at a common timeslot for testing.

To cater to each of our user's schedule, we decided to conduct User Testing 2 through a time period of 7 days.