After our mid-terms presentation, we contacted various news publications and agencies (both government like MSO, NEA, LTA, and non-government) to try out our application. Eventually, we managed to meet up with Ramky, one of the sub-contractors working under NEA in-charge of cleaning parts of Singapore. While they found our app useful (especially for their own private use), the fact that MSO already has plans to release a similar app soon, and that they are under the government’s contract, means our app will not be their priority, but only an alternative means of reporting just like phone call and email. 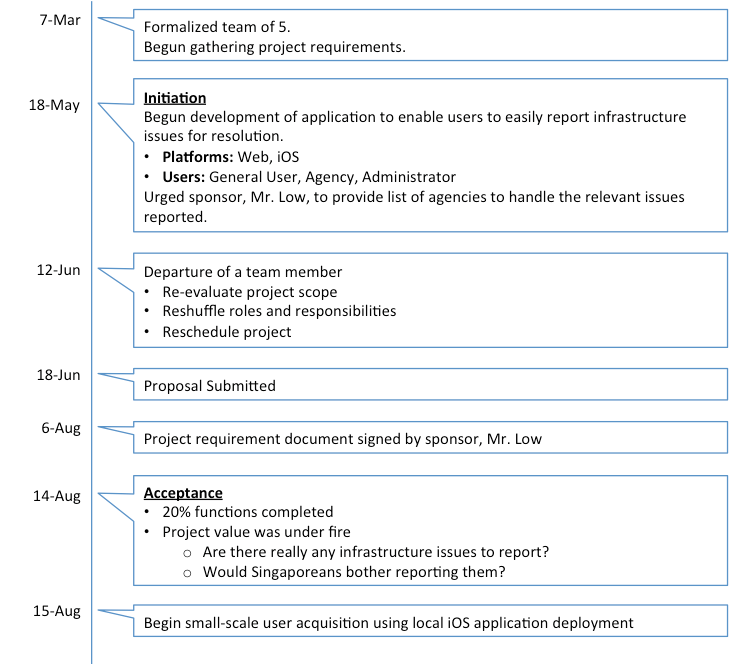 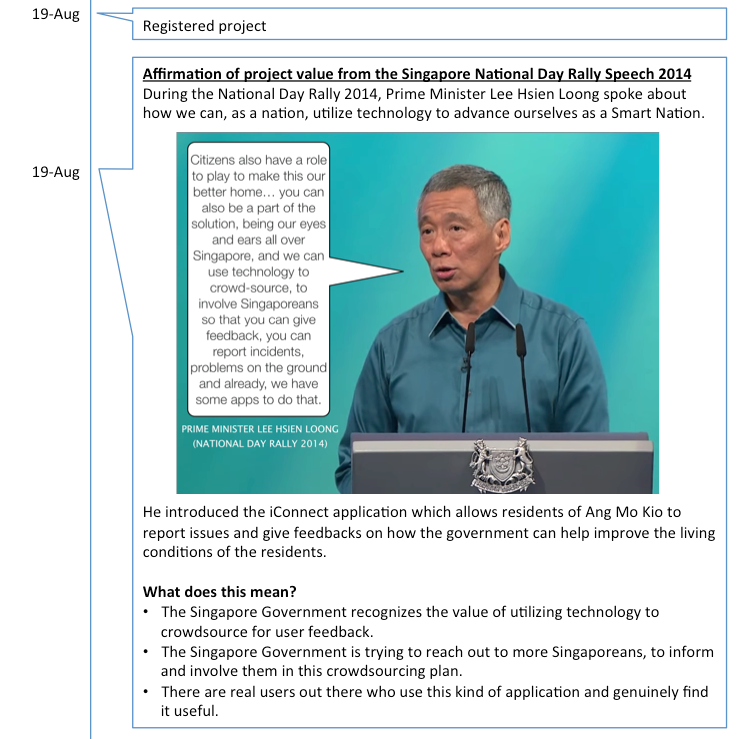 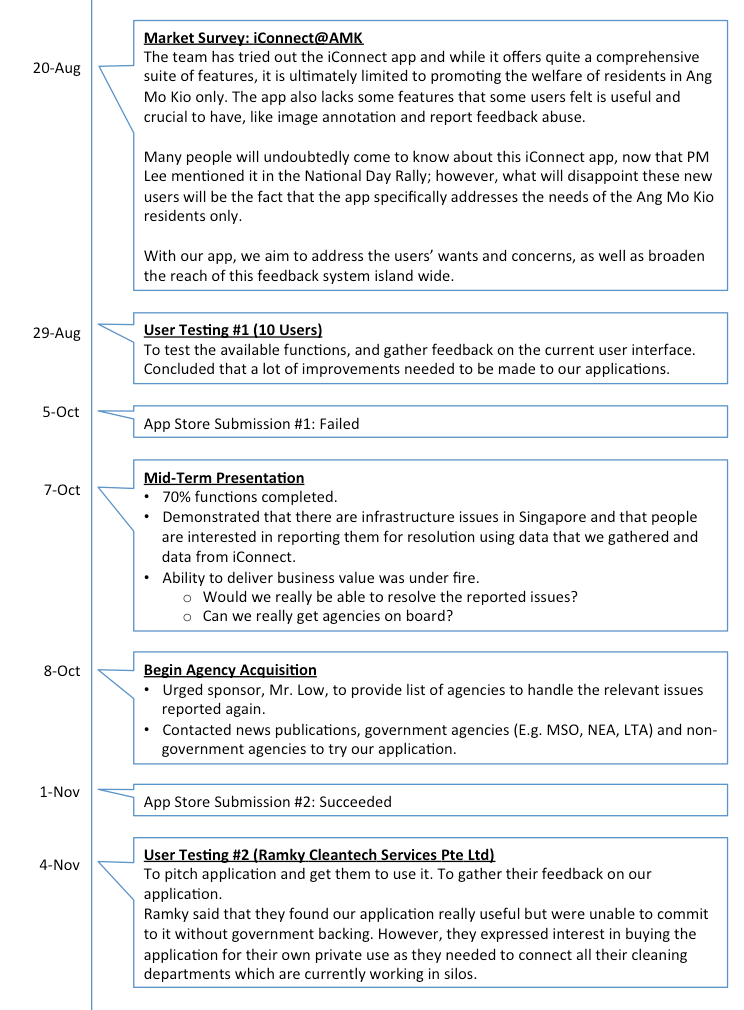 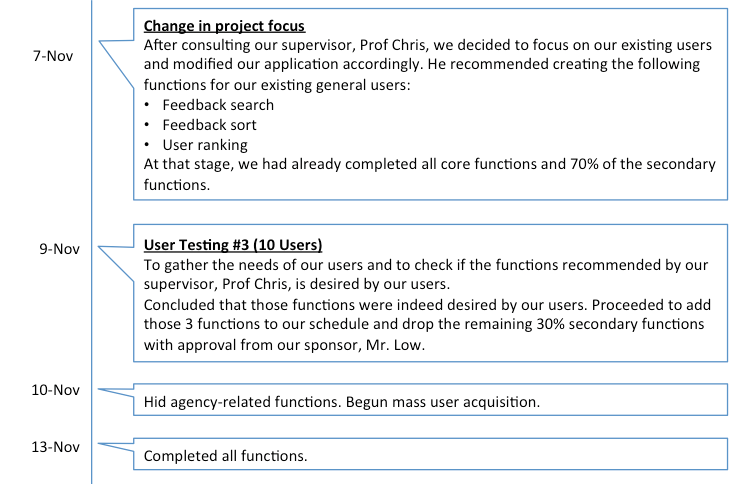