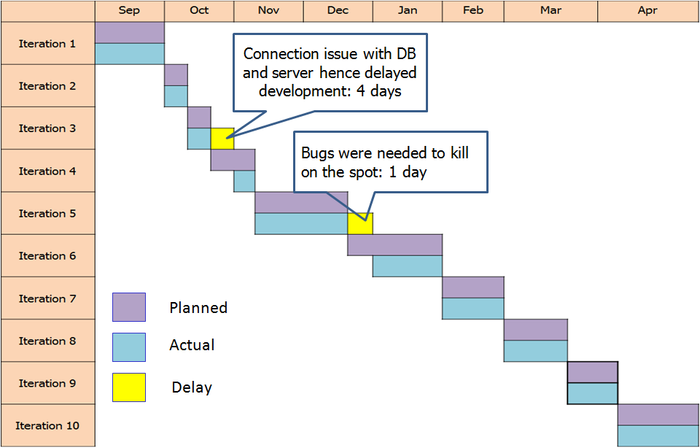 1. The first extension in iteration 3 is due to the issue with our Database Setup as our database was unable to connect to our server. It was taking much more time than expected which delayed our tasks, which was Saving Lane information into DB and display the Lane information from DB. This was due to the incompetency of the team towards Posgress SQL and Hiroku. Hence we decided to change the database (from Posgress SQL to mySQL) and server(from Hiroku to IS480 server) as time was limited to our acceptance date. This issue causes us to extend our iteration 3 for 4 days, 27th to 31st of October 2013 and change the start date of the 4th iteration to begin on 1st of November instead of 27th October 2013.

2. The second extension in iteration 5 is due to the bugs found in that iteration. It was in the critical zone hence the project manager reviewed the schedule and extended one day for debugging. This issue causes us to extend our iteration 5 for 1 day, 27th to 28th of December 2013 and change the start date of the 6th iteration to begin on 29th instead of 28th December 2013.