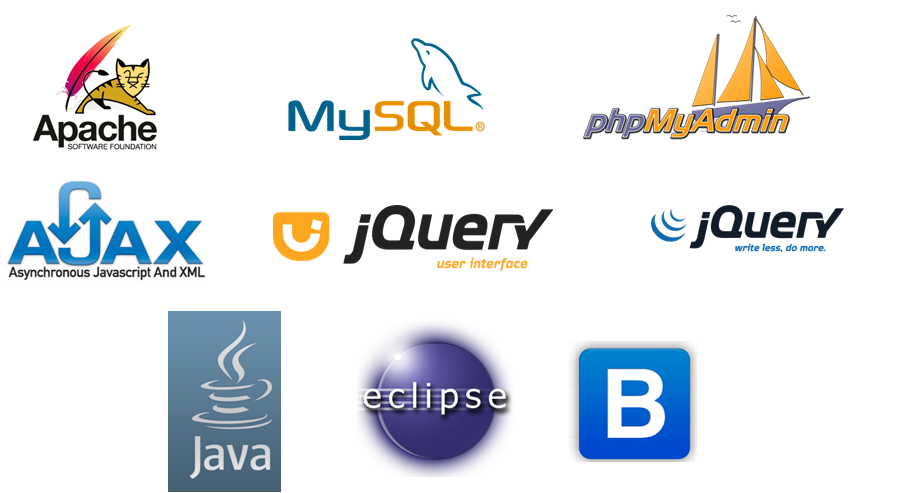 Upon our client request, we have added an additional feature to the drag and drop which is to give their markers a desired name. Before the marker is drop onto the map, the application will prompt the user if he wants to give a name to his markers. By default, the application will give the markers a unique name for example, S1, M1, DC1, C1, S2, M2, DC2, C2 and so on.

Initially, we wanted to place the names at the bottom of each marker. However, to implement it with the google marker variable and the drag and drop function proves to be impossible. Hence, we have to change the way we display the names by putting it together with the marker icons instead.

One of the functionalities that our application can do is to combine markers together or what we call consolidating markers. The consolidated markers can be created between 2 or more markers chosen to be consolidated. If a user chose to consolidate only 2 markers, we will use the interpolate method from google map geometry library to find the middle coordinates.

However, if a user decided to consolidate 3 or more markers, the interpolate function cannot achieve that as it only accept 2 parameters. Therefore, if 3 or more markers are selected, we will “draw a line” connecting all the markers to form a shape. We then use the formula for centroid of an irregular polygon to solve this. 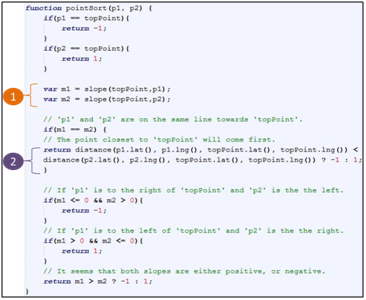 The formula for centroid of irregular polygon is as shown below. Cx and Cy represent the mid-point vertices of an irregular polygon. Translating to our application context, it means these two points will be the longitude and latitude of our mid-point respectively. A is the area of our irregular polygon. From the three formula, they have one thing in common, which is XiYi+1 – Xi+1Yi . Therefore, we start by finding this value first which we define in our code as partialSum. 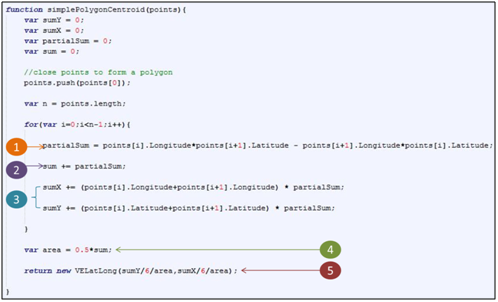 2. After finding the partialSum, we add them to sum so that we can store the summation of is XiYi+1 – Xi+1Yi to be used later to calculate the area.

4. Using the summation of sum we calculate in step 2, we divide by half to find our area of irregular polygon 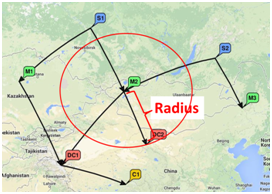 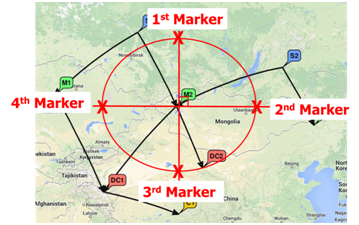 Deconsolidation to 4 markers from bearing