Location: The T-junction at the school’s basement is selected because it

The setup at the T-junction will follow as stated here while the overview of setup layout will be as shown: 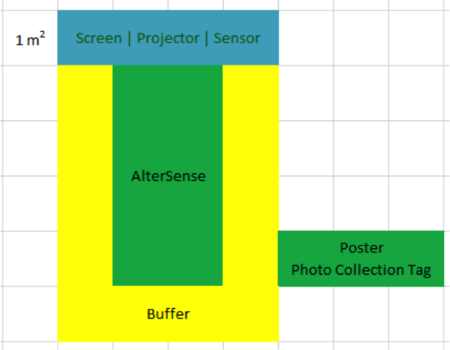 We have a total of 70 testers – 31 females and 39 males. As one of our focus is to check the accuracy of our gender recognition algorithm, we picked our testers in the following way:

1. Get tester to stand at a specific distance away from the Kinect
2. Let tester use AlterSense by himself/herself
3. Record down the details of each tester into [Gender Recognition Metrics]
4. Record a short video of tester using Kinect Studio
5. Let tester fill up a survey form 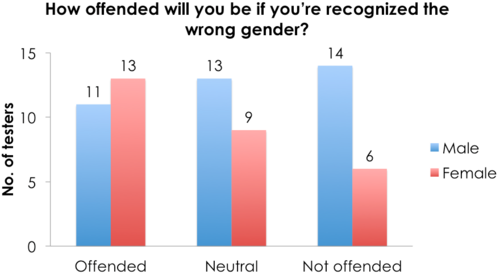 Based on these results, we decided to have neutral promotions that are suitable for both gender groups for shoppers that we don’t have full confidence in detecting their gender since 36% of the people surveyed have indicated that they would be offended if they were recognized of the wrong gender. 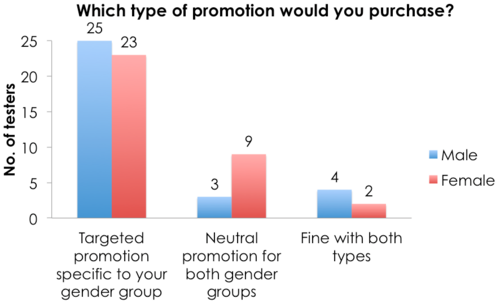 As 73% of the people surveyed indicated that they are more likely to purchase an item from a targeted promotion that is specific to their gender group as opposed to that from a neutral promotion suitable for both gender groups, this justifies our main objective of having targeted advertising to enhance shopper’s experience. 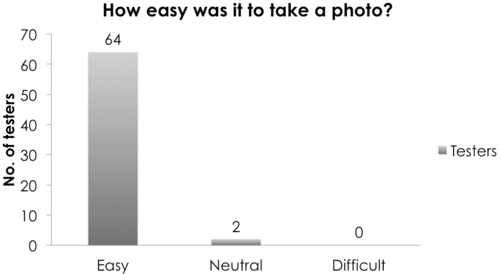 All of our testers had no difficulty taking a photo with the majority finding it very easy to take a photo with AlterSense. 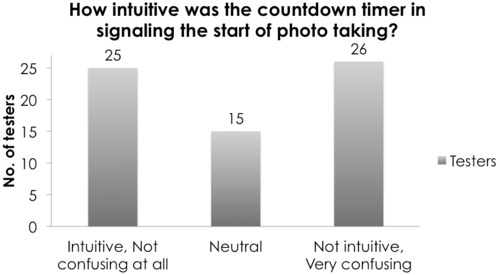 Around 40% of the testers found that the countdown timer which was used to signal the start of photo taking, was confusing and not intuitive at all. Among them, some did not notice the presence of the countdown timer. Thus we have decided to implement a speech bubble with words such as “Let’s take a photo” to make the signal of starting photo taking more intuitive. 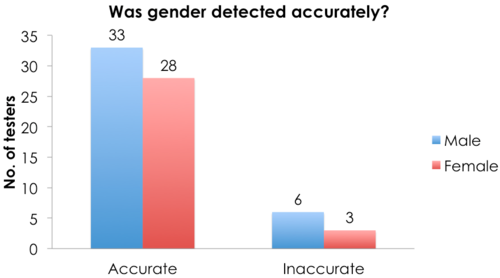 The gender recognition is pretty accurate at a rate of 87.14% after testing 70 people. Some of the reasons of the inaccurate detection of gender were due to the inability of Kinect to handle reflective items such as polished shoes or shiny pants. This caused the legs of the tester to be cut short as Kinect was not able to detect the full length of the legs.


To counter this, we have decided to have input validation on Kinect to check for heights that are ridiculously low and check whether the joints are clipped not. When the height detected is 1.4m and below and the joints are found to be clipped, we will deem the input as invalid and show neutral promotions to the shopper instead.

There is room for improvement for gender recognition of taller females and vertically challenged males. To allow our Neural Network to better distinguish the differences between taller females and vertically challenged males, we plan to get more data sets of measurements by conducting 2 sessions of measurements taking in Week 8 and 9. With a larger data set to feed the Neural Network, the learning process of the Neural Network will be enhanced, leading to an improvement in accuracy.

The method of detecting bag on elbow is not very accurate at a rate of 22.86% with 16 correct detections out of 70 detections. This is due to the fact that the testers who are carrying a bag on their shoulder would have their arm coordinates messed up as Kinect would detect the bag as part of the tester's arm. Also, many people are carrying or holding onto items that are not gender-specific (i.e. items that only females would carry). Such items include bubble tea, food items or plastic bag. As Kinect is unable to differentiate the type of item a person is carrying, it would detect any item as a bag. Because of the above two reasons, we have decided to drop this method of detecting bag.