For the first story board, shopper chooses Marlon's side by grabbing a spear from Marlon and kills Techy by poking. Promotional stars will then be displayed. 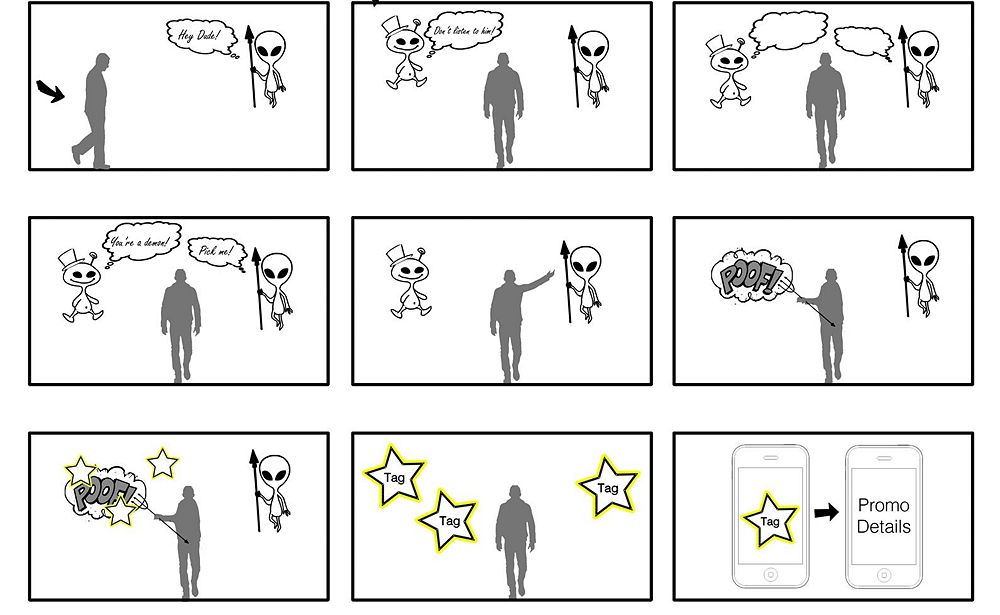 For the second story board, shopper chooses Techy's side by grabbing a hat from Techy and puts the hat on shopper's own head. This kills Marlon, hence Marlon disintegrates into ash. Fogs will then cover the screen. Shopper needs to wipe the fog away, then promotional leaflets will be visible. 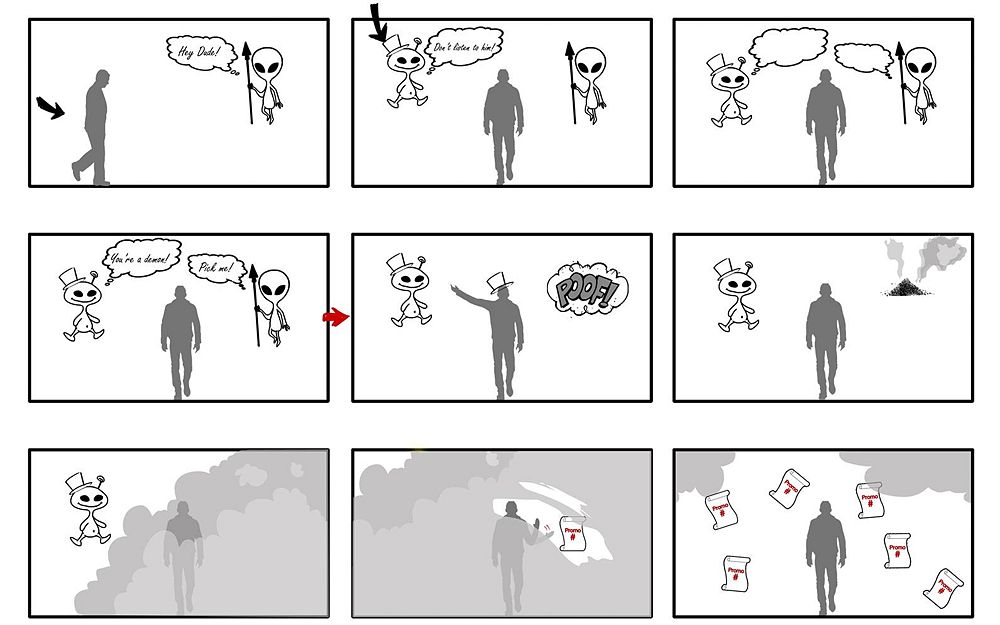