Difference between revisions of "IS480 Team wiki: 2012T1 M.O.O.T/Project Management/Metrics"

Bug metrics are used to ensure the quality of the application by keeping track of the number of bugs that occur during development.
Click to see the details of our bug log: Bug metrics document 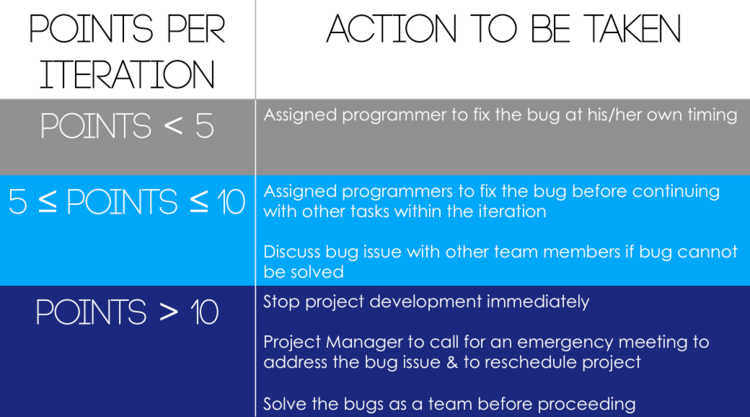 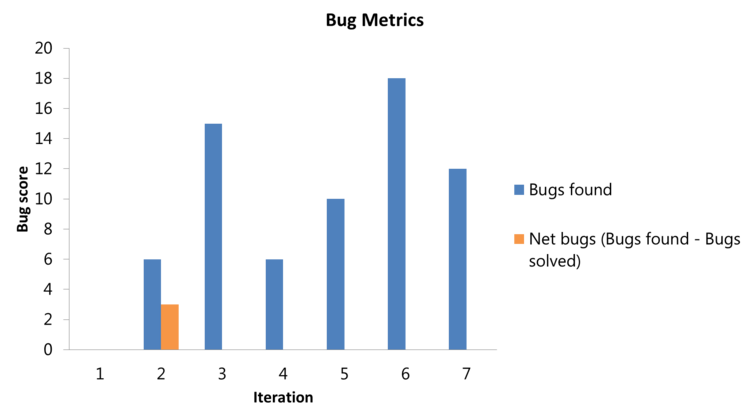 For iteration 2, we found two bugs. One bug was solved within the day itself, while the other bug which was found near the end of the iteration was particularly challenging and had to be brought over to the next iteration for it to be solved. Thus the net bug score for iteration 2 was 3 since the bug was not resolved by that iteration yet. Though the team met several bugs during iteration 3, the team managed to solve all bugs by the end of the iteration, resulting in a net bug score of 0. The same goes for the next few iterations. Fortunately, the team was able to solve all bugs within their respective iterations, hence there was no need to push the solving of bugs to the next iteration nor was there a need to consider dropping any functionality due to the inability to solve the bug.

Velocity metrics ensure that our project tasks are completed within the schedule timeframe so that the project deadline can be met. The score is retrieved from Pivotal Tracker, and as the name suggests, measures velocity. Velocity is a measurement of how fast team completes stories (tasks), expressed in the number of points completed per iteration (every two weeks on average). It is believed to be better as it is not calculated based on wishful due dates, but on assigned point values. Pivotal Tracker calculates velocity by averaging the number of points completed over the past few iterations. Hence, based on existing pattern forming the average, the same number of points are taken for upcoming iteration - the past predicts the future. 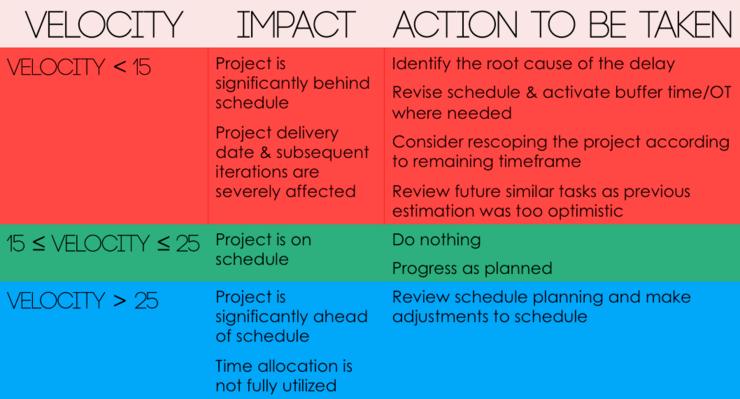