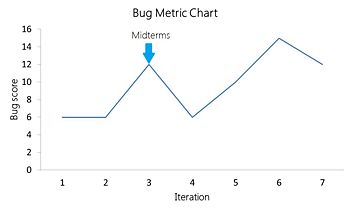 The front end development of AlterSense involves developing a scene manager that ensures every scene can be developed without manipulating the properties of various graphical user elements in the previous or next scene. By decoupling the scenes and its associated gestures, making changes such as amending the sequence of a scene can be implemented without making drastic changes.

Developing the scene manager requires the use of Boolean variables and methods that could manipulate the properties of a graphical element. For instance, the Windows Presentation Foundation layer framework offers a storyboard class that enables animations such as the fade effect of the Speech Bubble in AlterSense. We also had to develop other methods that would control the visibility, position, size and other properties to aid front-end development.

Generally, we are satisfied with how far AlterSense has come to. Nonetheless, if we could do things differently, we would like to try using decision tree in determining gender. Doing so will give us more control and insights into how gender is determined by AlterSense. Although Neural Network (NN) was chosen due to the fuzziness of the classification required as well as its ability to do machine learning, NN is a black box - nobody knows how exactly the inputs are processed to determine gender (output).