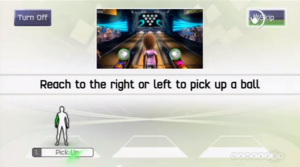 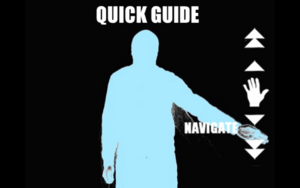 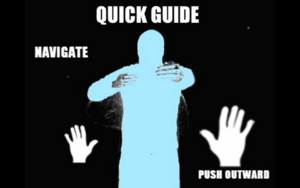 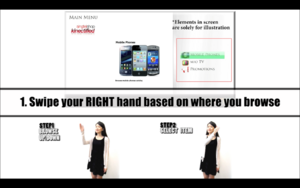 1. When would instructions, screenshot and demonstrator appear so users can have clarity of instructions and not be confuse?
2. How fast can we get users to understand the instructions in each step?
3. The proper wordings for instructions to use to ensure they are clear to the users and ensure word is not too technical for users
4. The timing to flash each instructions to users.
We basically re-shot all our tutorial videos through a very elaborated setup where the demonstrator was flim along with the kinectify screen shot as shown below. We have broken down the different gestures to have different angles. For most gestures, we maintain a 45 degree posture and for certain gesture like the fast scroll for 2 hand navigation, we use a front shot approach as shown below. [image1] [image2] 
To shorten it, we had suggestions from users to streamline certain steps together. For example, for 2 hand navigation gesture, we initially had 7 steps as we separate left scroll from right scroll. After streamlining, we left 5 core steps where we group gestures like scroll left and right together. 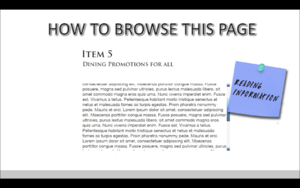