Goal: To ensure that all the assigned tasks are finished on time. (Productivity Index >= 0) 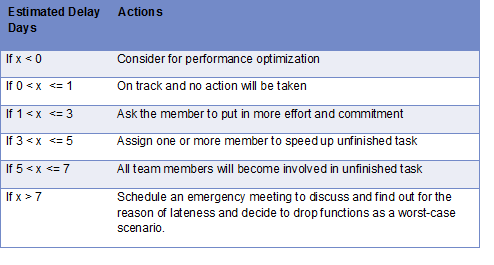 After mid term presentation, we planned to put exactly the same effort to be on targeted schedule and finally in iteration 6, 7 and 8 we did hit the target though it did do as good as in iteration 4 and 5 because of the more difficult tasks and problems.